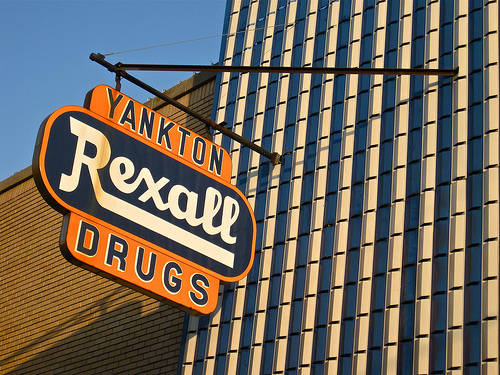 Yankton Rexall’s history dates back to 1923 when pharmacists George Paulsen and Leon Farrell opened their pharmacy at 111 West Third Street (presently Fish & Stuff) to serve the healthcare needs of the growing Yankton community. Although the store has moved, remodeled a number of times, and later incorporated, it has always been owned by pharmacists and supported by a dedicated staff of employees. The store has been located in historic downtown Yankton since its inception.

In 1927 the business was sold to Henry and Leo Heitgen and named Heitgen Pharmacy. Henry was the pharmacist and Leo was the business manager and bookkeeper. The Heitgens owned the business until they sold to two pharmacist partners, Charles Clancey and Harold Tisher, on April 1, 1945. These partners incorporated and renamed the business Yankton Drug Company, Inc. doing business as Yankton Rexall Drug. They also started the Yankton Clinic pharmacy under this corporation. This partnership continued until Ken Jones purchased Clancey’s interest in the business in July of 1958.

Under the guidance of Harold Tisher and Ken Jones the company expanded by purchasing the former American State Bank building next to the pharmacy and later purchasing the Collins hotel located to the south of this building. The bank building was remodeled into a modern pharmacy (109 W. 3rd St.) and with the removal of the hotel, a new gift shop, drive-up prescription area and customer parking lot were added to the store. Tisher and Jones managed the successful business until the end of 1972 when Tisher sold his controlling interest to Ken Jones.

In 1973 Ken Jones acquired two partners, Conley Stanage and Philip Dohn, who continued the success of the pharmacy business, enhanced the gift shop, added a bookstore in the basement and expanded the liquor department to include more spirits, wines, beer and cordials*. The Rexall franchising program ended in 1978 but the owners maintained the Rexall name due to its reputation for quality products and service. In 1980 Yankton Rexall was the first Yankton pharmacy to install computer technology to manage prescription processing. The computer allowed for more efficient prescription labeling, more accurate record maintenance and improved patient education. many things we take for granted today. The Clinic Pharmacy was incorporated and removed from Yankton Drug Co. Inc. in the mid-1980’s but still owned by the stockholders. The gift shop was designated a Gold Crown Hallmark Shop in 1987. With this designation the gift shop was able to increase its Hallmark greeting card selection and expand its collectible gift offerings making it one of the premier gift shops of the area.

Ken Jones sold his shares of the business in January of 1988. Phil and Conley removed the bookstore and remodeled the entire store, including new carpet, flooring and modern fixtures during the fall of 1988. The Pharmacy department was also remodeled by moving the liquor department to a different part of the store, creating space for new programs such as unit dose for nursing homes and durable medical products including ostomy supplies, walkers, wheelchairs, canes, braces, bathroom benches and diabetic supplies. Timothy Gallagher joined Phil and Conley in January of 1989 as a minor partner.

The 1990’s saw many changes for the corporation with none of them being more important than the advancement of computer technology. Computer generated patient profiles, drug monitoring programs, insurance billing interfaces, electronic wholesale ordering and the world wide web revolutionized the pharmacy industry by providing critical information with a keystroke. Conley Stanage left the business at the end of 1992 and Tim Gallagher retired his ownership in April of 1994 leaving Phil Dohn as sole owner until Dan Somsen became a partner in April of 1995. Phil and Dan managed the business until January of 2008 when Phil retired and Dan became sole stockholder of the corporation.

Yankton Rexall continues to look to the future. Michael Kuchta, PharmD, joined the staff in June of 2008 to supervise the pharmacy and be the pharmacist consultant for Ability Building Services, Cedar Village Assisted Living and Walnut Village Assisted Living facilities. Medicare certification, immunization certification, development of a point of sale program and launching a website have highlighted the last few years.

Yankton Rexall has survived the many economic challenges of the last century through the determination, foresight and strong work ethic of its past owners and staff. It is the goal of the present ownership and staff to continue the tradition of providing patients and customers with quality medications and products without sacrificing the hometown customer service. You are always welcome at Yankton Rexall! 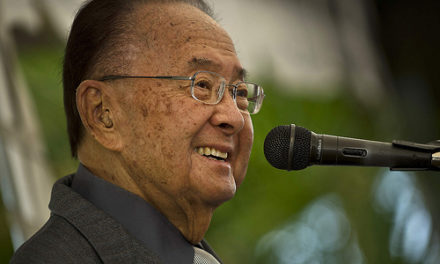 Training on CSTM/CSQP/CISQA in Chennai 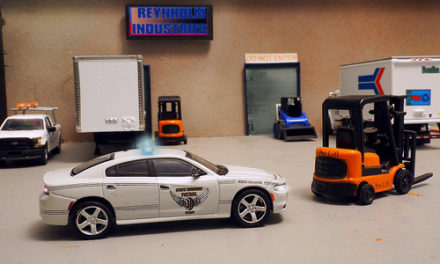