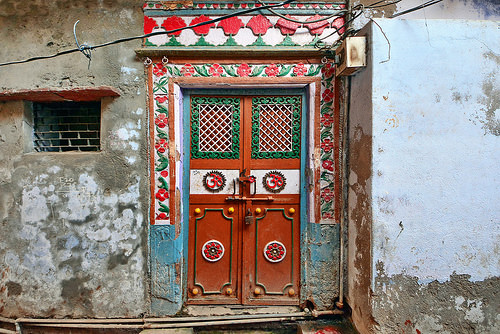 Mathura is a city in the North Indian state of Uttar Pradesh. It is located approximately 50 kilometres north of Agra, and 145 kilometres south-east of Delhi; about 11 kilometres from the town of Vrindavan, and 22 kilometres from Govardhan. It is the administrative centre of Mathura District of Uttar Pradesh. During the ancient period, Mathura was an economic hub, located at the junction of important caravan routes. The 2011 census of India estimated the population of Mathura to be 441,894.

Mathura is the birthplace of Lord Krishna which is located at the centre of Braj or Brij-bhoomi, called Shri Krishna Janma-Bhoomi, literally: ‘Lord Krishna’s birthplace’. It is one of the seven cities (Sapta Puri) considered holy by Hindus. The Keshav Dev Temple was built in ancient times on the site of Krishna’s birthplace (an underground prison). Mathura was the capital of the Surasena Kingdom, ruled by Kansa the maternal uncle of Krishna.

Mathura has been chosen as one of the heritage cities for HRIDAY – Heritage City Development and Augmentation Yojana scheme of Government of India.

HISTORY
Mathura has an ancient history and also homeland and birthplace of Krishna who was born in yadu dynasty. According to the Archaeological Survey of India plaque at the Mathura Museum, the city is mentioned in the oldest Indian epic, the Ramayana. In the epic, the Ikshwaku prince Shatrughna slays a demon called Lavanasura and claims the land. Afterwards, the place came to be known as Madhuvan as it was thickly wooded, then Madhupura and later Mathura.

In the 6th century BCE Mathura became the capital of the Surasena mahajanapada. The city was later ruled by the Maurya empire (4th to 2nd centuries BCE) and the Shunga dynasty (2nd century BCE). It may have come under the control of Indo-Greeks some time between 180 BCE and 100 BCE. It then reverted to local rule before being conquered by the Indo-Scythians during the 1st century BCE.

Mathuran art and culture reached its zenith under the Kushan dynasty which had Mathura as one of their capitals, the other being Purushapura (Peshawar). The dynasty had kings with the names of Kujula Kadphises, Kanishka, Huvishka and Vasudeva I.

Megasthenes, writing in the early 3rd century BCE, mentions Mathura as a great city under the name Μέθορα (Méthora).

The Indo-Scythians (aka Sakas or Shakas) conquered the area of Mathura over Indian kings around 60 BCE.

The findings of ancient stone inscriptions in Maghera, a town 17 kilometres from Mathura, provide historical artifacts giving more details on this era of Mathura. The opening of the 3 line text of these inscriptions are in Brahmi script and were translated as: "In the 116th year of the Greek kings…"

The Mathura Lion Capital inscriptions attest that Mathura fell under the control of the Sakas. The inscriptions contain references to Kharaosta Kamuio and Aiyasi Kamuia. Yuvaraja Kharostes (Kshatrapa) was the son of Arta, as is attested by his own coins.

Arta is stated to be brother of King Moga or Maues. Princess Aiyasi Kambojaka, also called Kambojika, was the chief queen of Shaka Mahakshatrapa Rajuvula. Kamboja presence in Mathura is also verified from some verses of the epic, the Mahabharata, which are believed to have been composed around this period.

The Indo-Scythian satraps of Mathura are sometimes called the "Northern Satraps", as opposed to the "Western Satraps" ruling in Gujarat and Malwa. After Rajuvula, several successors are known to have ruled as vassals to the Kushans, such as the "Great Satrap" Kharapallana and the "Satrap" Vanaspara, who are known from an inscription discovered in Sarnath, and dated to the 3rd year of Kanishka (c 130 CE), in which they were paying allegiance to the Kushans.

Mathura served as one of the Kushan Empire’s two capitals from the first to the third centuries.

Faxian mentions the city as a centre of Buddhism about 400 while his successor Xuanzang, who visited the city in 634 CE, mentions it as Mot’ulo, recording that it contained twenty Buddhist monasteries and five Brahmanical temples. Later, he went east to Thanesar, Jalandhar in the eastern Punjab, before climbing up to visit predominantly Theravada monasteries in the Kulu valley and turning southward again to Bairat and then Mathura, on the Yamuna river.

The city was sacked and many of its temples destroyed by Mahmud of Ghazni in 1018 and again by Sikandar Lodhi, who ruled the Sultanate of Delhi from 1489 to 1517.

Sikander Lodhi earned the epithet of ‘Butt Shikan’, the ‘Destroyer of Hindu deities’. The Mughal Emperor Aurangzeb, built the city’s Jami Masjid (Friday mosque) .[citation needed] The noteworthy fact is that the exact place of birth of Krishna, according to historians, is in the place of worship of the Hindus, though the mosque was built near the birthplace of Krishna. The bigger Krishna shrine, better known as Dwarkadeesh Temple is a few metres away from what is believed to be the actual birthplace of Krishna. It was built in 1815 by Seth Gokuldas Parikh, Treasurer of Gwalior.

In 2016, 24 people including 2 police officers were killed in the Jawahar Bagh clash, when the police tried to evict a large number of squatters from the public park

The city is served by four stations, Mathura Junction being the biggest one connecting to West, North and Southern India. Mathura Cantt connects to eastern Uttar Pradesh. Bhuteshwar serves for local trains for Delhi, Delhi NCR, Agra, Bharatpur and Alwar. Another station Krishnajanmabhoomi connects to Vrindavan via rail bus.

ROAD
Mathura is well connected by road to the rest of Uttar Pradesh and India. NH 2 (Delhi-Howrah) Highway passes through the city and connects to National Highway 3 (to Mumbai), a part of which is known as Mathura Road. NH-11 (Agra to Bikaner). SH-33 (Bareilly to Mathura via Badaun ,Ujhani, Kasganj ,Soron, Sikandra Rao, Hathras) NH-93 (Moradabad) are also prominent arterial highways. Yamuna Expressway also connects to Mathura and in fact shortest way to reach Mathura by road.

AIR
As of now the city has no airport but the airport was proposed to Mathura in 2012. The civil aviation minister Ajit Singh suggested Mathura’s name for the site of a new greenfield international airport to chief minister of Uttar Pradesh Akhilesh Yadav. Mathura’s name came into play when group of ministers terminated the planning of building Taj International Airport at Greater Noida. Land has been marked, and construction is in progress near the Yamuna Expressway, with plans to open in the next five years with regular flights to Delhi, Mumbai, Ujjain and Varanasi and some international routes in future.

TOURISM
Mathura is a holy city for Hinduism, the world’s third-largest religion. There are many places of historic and religious importance in Mathura and its neighbouring towns. The twin-city to Mathura is Vrindavan. As the home of Krishna in his youth, the small town is host to a multitude of temples belonging to various sects of Hinduism proclaiming Krishna in various forms and avatars. Some places of interest are:

STRATEGIC IMPORTANCE
Mathura is the home for Indian I Corps (Strike Formation) within the Indian Army’s Central Command, hosting Strike I Corps headquarters in a large classified area in the outskirts of the city known as Mathura Cantonment (Central Command itself has its headquarters at Lucknow). It hosts Strike Infantry units, Air Defence units, Armoured Divisions, Engineer brigades, Aritillery Units and classified units of Strategic Nuclear Command. Corps I is primarily responsible for western borders of India. In 2007 during Exercise Ashwamedha, all the armoured, artillery and infantry divisions performed a simulation of an overall NBC (nuclear-chemical-biological) environment. The aim was to show operational ability in high intensity, short duration and ‘sudden’ battles.

INDUSTRIES
One of the major contributors in the economy of Uttar Pradesh are Mathura Industries.[citation needed] Mathura Refinery located in the city is one of the biggest oil refineries of Asia with 8.0 MMTPA refining capacity. This oil refinery of the Indian Oil Corporation is a highly technologically advanced oil refinery. Mathura Refinery is the first in Asia and third in the world to receive the coveted ISO-14001 certification for Environment Management System in 1996.

Textile printing industry that includes both sari-printing and fabric dyeing and silver ornaments manufacturing are major industrial contributors to the region. Apart from these other industries are water tap manufacturing units and other decorative and household items. Mathura also is a big centre for production of cotton materials; prominent among them being pure white bleached cotton sarees for women and dhotis for men,and cotton niwar tapes for beds. It is also a hub for production of milk based sweet meals,prominent among them being mathura Pedas and burfis. Renowned as the place where rivers of milk flowed, Mathura till today boasts of Milk trading centres where you can buy any amount of fresh milk where rates vary every few minutes and are notified on a black board akin to stock prices.

POLITICS
In 2014 General Elections Mrs. Hema Malini of BJP became the Member of Parliament from Mathura Constituency. The Mayor of the city is Mrs. Manisha Gupta of BJP.

CULTURE
Mathura has contributed a lot towards Indian Culture through its rich heritage. The ethos of Mathura, and in fact the whole of Braj mandal is centered on Krishna and his tales. Mathura sees heightened activities during the major festivities dedicated to Krishna.

The Braj culture has been expressed widely through various practices.

Sanjhee is the colourful art of decorating the ground with flowers.

Rasiya is a tradition that is integral to Mathura’s culture. It is the tradition of folk-songs that describe the love of the divine couple Radha and Krshnaji. It is an inseparable part of the Holi celebrations and all other festive occasions at Mathura. (Dhulendi – Holi with drums (dholak), colours, etc. originated from Braj region hundreds of millennia before today.)

Raaslilas of Mathura have become an integral part of Indian Folklore. Krshnaji had danced the Raas with gopis on banks of Yamuna river.

Charkula is a traditional folk dance of the Braj. In this dance, a woman balances a column of deepikas on her head and dances to the accompaniment of Rasiya songs by the menfolk.

The language spoken in the Braj mandal is mainly Hindi which is spoken in a different dialect. This dialect is characteristic with the Braj region and known as Brajbhasha. Being close to haryana and uttar pradesh haryanwi is spoken by people and very few people speak Punjabi. Before Hindi and until past few centuries, Brajbhasha used to be the dominant language in literature.

Mathura is one of the seven most holy places for Hindus in India.

A Kṣetra is a sacred ground, a field of active power, a place where Moksha, final release can be obtained. The Garuda Purana enumerates seven cities as giver of Moksha, They are Ayodhya, Mathura, Māyā, Kāsi, Kāñchī, Avantikā, Puri and Dvārāvatī.

MEDIA AND COMMUNICATIONS
All India Radio has a local station in Mathura which transmits various programs of mass interest. Commissioned in 2001, Mathura has a Programme generating Facility (PGF) of Doordarshan – India’s Public service Broadcasters.

Mathura is home to the Uttar Pradesh Pandit Deen Dayal Upadhyaya Veterinary University, the first of its kind in the state and the fourth in the country to be made independent veterinary universities."Mathura University ::-:: Website Loading". Upvetuniv.edu.in. Retrieved 2013-11-17.The college was established in 1947 by Govt of U.P. and it is Asia’s first veterinary college which awarded Veterinary science degree. The University is located on the Mathura-Agra road, about 5 kilometres from Mathura Junction. The main campus of the University is spread over a land area of 3.1659 km2 in Mathura Cantt and about 6 km2 at Madhurikund, about 20 kilometres from the main campus. 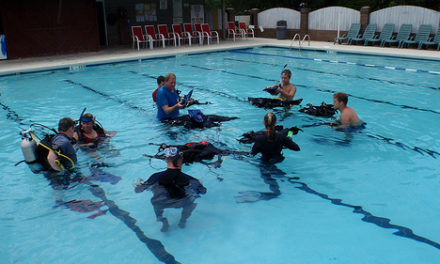 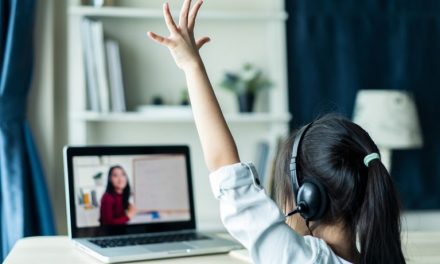 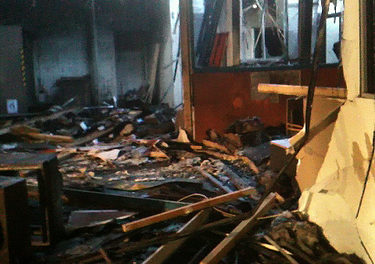 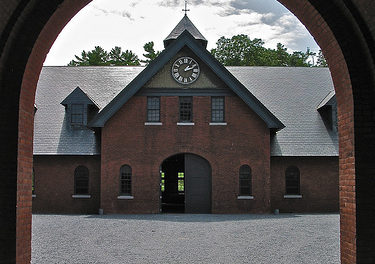