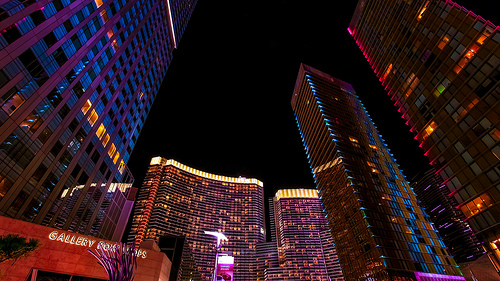 CityCenter (also known as CityCenter Las Vegas) is a 16,797,000-square-foot (1,560,500 m2) mixed-use, urban complex on 76 acres (31 ha) located on the Las Vegas Strip in Paradise, Nevada. The project was started by MGM Resorts International; Dubai World became a joint partner during the project’s construction phase. It is the largest privately funded construction project in the history of the United States.[3] The project is connected by a people mover system to adjacent MGM properties Monte Carlo Las Vegas and Bellagio Las Vegas.[4] As of 2015, the "CityCenter" branding has been largely retired, with the focus instead on the Aria brand of the development’s centerpiece property in names such as the "Aria Express" (formerly "CityCenter Tram") and "Aria Art Collection" (formerly "CityCenter Art Collection").
The project straddles Harmon Avenue and is bordered by (listed clockwise, starting on the east side): Las Vegas Boulevard, the Park MGM, I-15, the Bellagio, and The Cosmopolitan Resort & Casino. The site was formerly occupied by the Boardwalk Hotel and Casino, the Bellagio employee parking lot, and several standalone commercial structures.
The conceptual master plan for Project City Center, announced on November 9, 2004, was designed by Ehrenkrantz, Eckstut & Kuhn Architects, laying out the project with approximately 2,400 condominium and condo-hotel units and approximately 4,800 hotel rooms, distributed within several high-rise towers around The Crystals, an ultra high-end retail mall. It is designed to have all commodities for daily life, featuring a 4,000-room hotel and casino (Aria), two 400-room boutique hotels (The Residences at Mandarin Oriental, with 227 residential condo units, and The Harmon Hotel and Spa), a purely residential offering (Veer Towers), a condo-hotel (Vdara Condo-hotel) and a 500,000 sq ft (46,000 m2) retail and entertainment district which was intended to house the first grocery store directly on the Strip (though as of July 2011, there is no grocery on the property). The multi-use project makes extensive use of green technologies, such as using reclaimed water and an on-site power plant. The Mandarin Oriental, Aria, and Vdara all received LEED certification in November 2009.
With a total cost of approximately $9.2 billion,[5] CityCenter is the largest privately financed development in the United States. The original cost estimate was $4 billion, but it was pushed up by rising construction costs and design changes. CityCenter opened with approximately 12,000 employees across the different projects. Vdara, Aria, Mandarin Oriental, and The Crystals opened in December 2009. The Veer Towers opened in July 2010.
CityCenter features five water and ice features. These were designed by WET Design, the company responsible for the Bellagio fountain and the Mirage volcano. Three of these features are located at Aria Resort & Casino, entitled Lumia (a musical fountain), Focus (a water wall on the exterior), and Latisse (a water wall inside the casino). The remaining two are located in The Crystals: Halo (freestanding columns of water vortices) and Glacia (ice pillars). 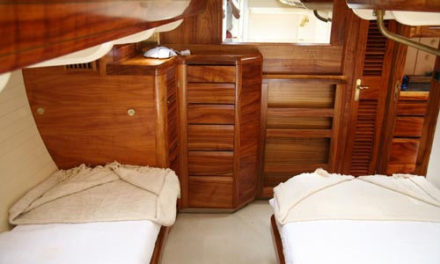 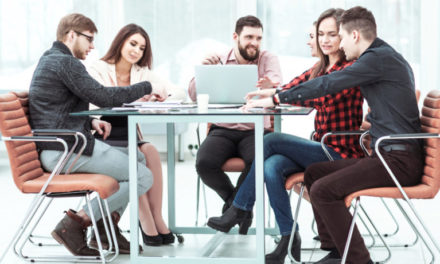 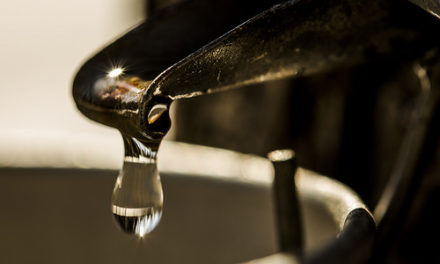