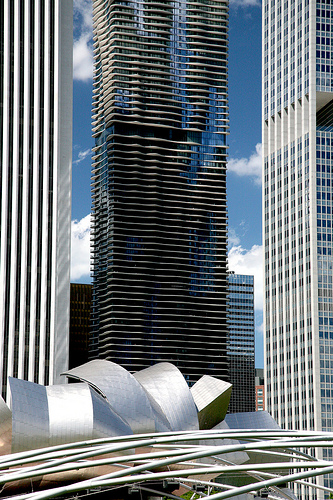 Aqua is an 82-story mixed-use residential skyscraper in the Lakeshore East development in downtown Chicago designed in the Modern architectural style. The building’s height of 819 ft (250 m), includes six levels of parking below ground. The building’s eight-story, 140,000 sq ft (13,000 m2) base is topped by a 82,550 sq ft (7,669 m2) terrace with gardens, gazebos, pools, hot tubs, a walking/running track and fire pit. Each floor will cover approximately 16,000 sq ft (1,500 m2). The Aqua was named the Emporis 2009 skyscraper of the year.

Architect
Aqua is designed by Jeanne Gang, principal and founder of Studio Gang Architects, and it is her first skyscraper project. This is the largest project ever awarded to an American firm headed by a woman. Loewenberg & Associates are the architects of record, led by James Loewenberg.

Design
The Aqua Tower is located on the 200 block of North Columbus Drive, and is surrounded by high-rises. To capture views of nearby landmarks for Aqua’s residents, Gang stretched its balconies outward by as much as 12 feet (3.7 meters).
The result is a building composed of irregularly shaped concrete floor slabs which lend the facade an undulating, sculptural quality. Gang cites the striated limestone outcroppings that are a common topographic feature of the Great Lakes region as inspiration for these slabs.
The building will contain 55,000 square feet (5,100 square meters) of retail and office space, in addition to 215 hotel rooms (floors 1-18), 476 rental residential units (floors 19-52), and 263 condominium units & Penthouses (floors 53-80).[14] Aqua will also be the first downtown building to combine condos, apartments and a hotel. Strategic Hotels & Resorts had agreed to acquire the first 15 floors of hotel space upon completion of the building, but terminated its $84 million contract for the space in August 2008, citing significant changes in the economic environment. On May 12, 2010, it was announced that Carlson Hotels Worldwide agreed to spend $125 million to open the first Radisson Blu hotel in the United States on 18 vacant floors of the highrise.
The name ‘Aqua’ was assigned to the building by Magellan Development Group LLC. It fits the nautical theme of the other buildings in the Lakeshore East development, and is derived from the wave-like forms of the balconies; the tower’s proximity to nearby Lake Michigan also influenced the name.
Sustainability was also an important factor in Aqua’s design. Gang and her team refined the terrace extensions to maximize solar shading, and other sustainable features will include rainwater collection systems and energy-efficient lighting. The green roof on top of the tower base will be the largest in Chicago. The tower will seek LEED certification. 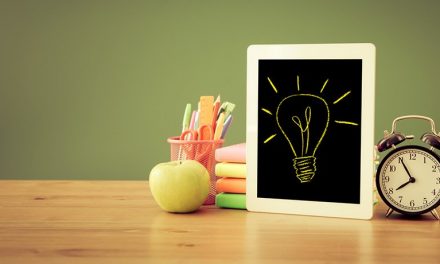 Blend it, Flip It, Stir Things Up!

Why should you become a technical Wind Turbine